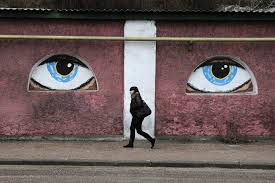 Brian Beutler is reporting in TPM about the Senate Intelligence Committee prohibiting a former aid, Vicki Divoll, from being interviewed. The background here is that as the former general counsel for the committee (from 2000-2003, prior to that she was general counsel for the CIA from 1995-2000), Divoll is bound by various non-disclosure agreements. Furthermore, as revealed in the article, it is standard practice for her to generate interview responses and then run them by the committee for approval to make sure that she doesn't disclose anything that might impact national security.


The ground rules for the interview were that it would be conducted off the record, but only temporarily, to give Divoll an opportunity to review the accuracy of the quotes she provided, and that those would be placed back on the record.

While Divoll remains legally barred from disclosing classified information, she is also still subject to a non-disclosure agreement with the Senate Intelligence Committee that bars her from discussing committee-sensitive business. Out of an abundance of caution, Divoll also conferred with the committee on Friday about her interview with TPM. She anticipated that the committee would approve the interview, noting that in her post-government career, both the committee and the CIA had never done more than request minor tweaks when she brought them pieces of her writing for pre-publication review.

This, she believed, would be a similar process.

But for the first time in her career, the committee took the extraordinary step, on a bipartisan basis, of declaring the interview’s entire contents a violation of her non-disclosure agreement and effectively forbade her from putting any of it on the record.

It is important to note that the material in question was not about any matter being investigated by the Committee, but was instead material related to how the committee functions and how it deals with the various secrecy mandates it is subject to.


At issue isn’t classified sources and methods of intelligence gathering but general information about how the committee functions — and how it should function.

This is a good example of the Suppression of Relevant Data. In the past few weeks, the country has been shocked by revelations about the mis- and over-use of the national security apparatus to collect information on every person in the United States. In effect, the federal government is treating every single citizen of the US as a potential terrorist. Questions are raised about the legitimacy of this, and various news organizations are scrambling for more information to give their readers so that the public can have an informed debate about these policies. And the response of the US government? Do everything possible to suppress this information and keep it hidden from the American public. If we can't know what our government does in our names, we can't meaningfully call ourselves a democracy.

Email ThisBlogThis!Share to TwitterShare to FacebookShare to Pinterest
Labels: suppression of relevant data