Here is another really good video about Inattentional Blindness and Change Blindness.


This video is particularly good because of the commentary from Daniel Simons, one of the main researchers of this phenomenon.
Posted by Ian Duckles at 8:36 AM No comments:

A Guide to Evaluating Media Sources

Here is a very interesting chart that is quite useful for evaluating sources: 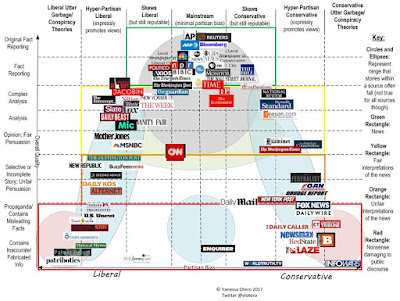 Click on it to make it larger.
Posted by Ian Duckles at 7:46 AM No comments:

Someone doesn't understand the First Amendment

Here is a nice example of a Slippery Slope: 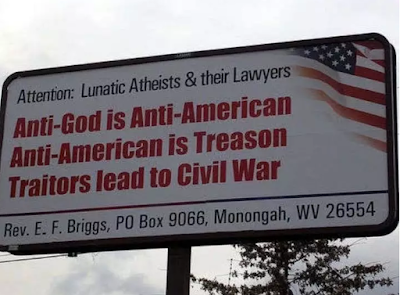 One of the oldest political tricks in the book

Here is a very nice example of a Red Herring from The Simpsons:


As we can see, Mayor Quimby is trying to distract the public from taxation issues by blaming immigrants for all their problems. Although this episode, "Much Apu About Nothing" originally aired in 1996, current political events reveal the extent to which this is, despite being fallacious, still an enormously effective political strategy.
Posted by Ian Duckles at 8:36 AM No comments:

As mentioned elsewhere on this blog, I am a big fan of Chomsky and Herman's Propaganda Model of the Media. The first of the five filters that make up this model concern the size, concentrated ownership, and profit-orientation of the media. The argument here is that these factors shape or filter the content of the media we receive in the US.  A very good example of exactly this point comes from an episode of Last Week Tonight With John Oliver that first aired on July 2, 2017:

As an addition to John Oliver's analysis, a video recently surfaced showing how Sinclair is using its media empire to promote a particular point of view. Video and analysis of this can be found here.
Posted by Ian Duckles at 1:19 PM No comments:

Denying or Negating the Antecedent is a formal fallacy that has the following argumentative structure:

This fallacy is often confused for the valid argument Modus Tollens which has the following structure:
The comedy show It's Always Sunny in Philadelphia presents an excellent example of Denying or Negating the Antecedent in the following clip:

If we reconstruct the argument it goes:

Email ThisBlogThis!Share to TwitterShare to FacebookShare to Pinterest
Labels: denying the antecedent

Did doctors really believe this?

Here is a great example of the Appeal to Inappropriate Authority, a fallacy in which one relies on some "putative" expert who shouldn't really be relied upon.

These ads were fairly common back in the 1950's until the a number of scientific studies started to be released that began to draw a clear connection between smoking and lung cancer. In addition, the FTC began to step up its regulations on tobacco advertising, essentially making ads like this illegal because they implied that some cigarettes were healthier than others or that cigarettes themselves did not pose any health risks. Much of this was dramatized on the TV show Mad Men, particularly the premiere episode "Smoke Gets In Your Eyes," which is a nice transition to this second example sent to me by a student:

Posted by Ian Duckles at 9:47 AM No comments:

Email ThisBlogThis!Share to TwitterShare to FacebookShare to Pinterest
Labels: appeal to authority

I am pretty sure I have seen alligators on Sesame Street (maybe they were crocodiles?)

Here is another excellent example of a Post Hoc fallacy, this time from the folks at Sesame Street (examples starts at :40):


In this case, the fallacy is pretty clear. Ernie has a banana in his ear. There are no alligators on Sesame Street. Therefore, the banana in the ear is doing a good job of keeping the alligators away. While this example is obviously intended as a joke, it still provides a good example of Post Hoc reasoning.
Posted by Ian Duckles at 8:54 AM No comments:

The Propaganda Model of the Media

Here is a fantastic video that nicely illustrates Chomsky and Hermann's Propaganda Model of the Media.


More information on this topic can be found here.
h/t to Kelly Mayhew
Posted by Ian Duckles at 2:23 PM No comments:

With all the debate and hand-wringing swirling around fake news, it is sometimes important to remember that many mainstream media outlets, particularly on the right, sometimes just lie. Case in point is this story from a Swedish newspaper about a Swedish "Security expert" Nils Bildt who appeared on Bill O'Reilly's show The O'Reilly Factor on Fox News.


As you can see, he is identified as a "Swedish Defense and National Security Advisor," and he was on Fox News to spread the lie that Sweden is extremely dangerous due to the influx of refuges from Muslim countries who have settled there in recent years.

As the above story from Dagens Nyheter (one of the largest Swedish daily newspapers) indicates, Bildt has no formal affiliation with the Swedish Government, and has not even lived in Sweden since 1994. Furthermore, the article is a further example of the relative shock the people of Sweden have felt since being accused by President Trump of being a hellhole due to their acceptance of refuges fleeing the chaos in Syria and the Middle East. Needless to say, most Swedes have no idea what Trump is talking about. And for O'Reilly to continue to spread this falsehood is a real stain on the media and journalism generally.

Update: Here is another article on the same story from the Intercept.
Posted by Ian Duckles at 9:31 AM No comments:

This is a nice infographic making the rounds that provides some helpful advice on how to evaluate news sources. I tend to think that some of the more centrist outlets tend to still have problems (see critiques of the mainstream media elsewhere, especially Chomsky and Hermann's Propaganda Model of the Media), but this is still a very useful resource.

Thanks to Professor Lisa Chaddock from San Diego City College who gave me the link. I don't know much else about the individual(s) who made this.
Posted by Ian Duckles at 9:36 AM No comments: