Previously I wrote about Niall Ferguson's horrendous and unconscionable distortions of the truth in his Newsweek cover story on Barack Obama. Now, Ferguson has come out on the offensive against Paul Krugman, telling Bloomberg News reporter Sara Eisen:


In my view Paul Krugman has done fundamental damage to the quality of public discourse on economics. He can be forgiven for being wrong, as he frequently is--though he never admits it. He can be forgiven for relentlessly and monotonously politicizing every issue. What is unforgivable is the total absence of civility that characterizes his writing. His inability to debate a question without insulting his opponent suggests some kind of deep insecurity perhaps the result of a childhood trauma. It is a pity that a once talented scholar should demean himself in this way. [Emphasis added in original]

If we think for a second about Ferguson's statement, it is really quite amazing. Immediately after accusing Paul Krugman (without any evidence) of being uncivil in his writings, Ferguson uncivilly commits a blatant Ad Hominem suggesting that we can safely ignore Krugman because of the trauma he suffered as a child. This is also a great example of an Inconsistency because Ferguson just does exactly the thing he accuses Krugman of doing.

In a sign of the of his classiness Krugman has since responded to Ferguson by noting exactly what he does:


What a pathetic response. Notice that he is doing precisely what I never do, and making it about the person as opposed to his ideas. All I have ever done to him is point out that he seems to not know what he is talking about, and that he has been repeatedly wrong. I would never stoop to speculating about his childhood! If he can't handle professional criticism -- which is all that I have ever offered -- he should go find another profession.

Having read this exchange, it is very tempting to speculate about Ferguson's own psychological make-up. Is he just projecting his own childhood trauma onto Krugman? Is he a really so incapable of handling criticism that he has to lash out at his opponents? Is he really unable to engage in a civil political discussion? We will probably never know the answers to these questions, and, in any case, they aren't relevant. What we can clearly say is that, to this point, Ferguson appears incapable of making an argument that isn't riddled with fallacies.

Also, the title of this post contains an Ad Hominem.

Posted by Ian Duckles at 9:50 AM No comments: 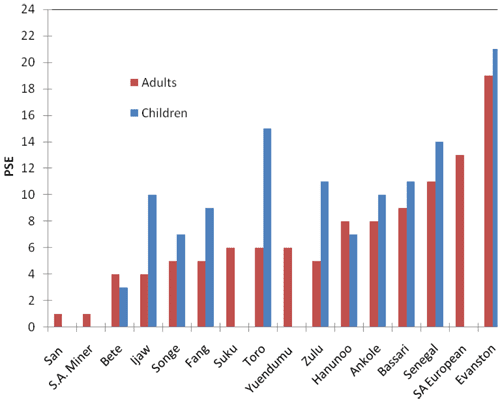 The major take-away from all this is that we need to be careful when drawing generalizations. We need to ensure that our sample size is robust enough and unbiased enough that we can legitimately generalize to the population as a whole. This also means those of us living in America need to take extra care to remember that most people in the world do not live like us, and that our experiences and beliefs cannot be generalized to the whole world. As this study indicates, because we are WEIRD we are weird.
Posted by Ian Duckles at 1:38 PM 2 comments: