Yes, I am blogging about it too. 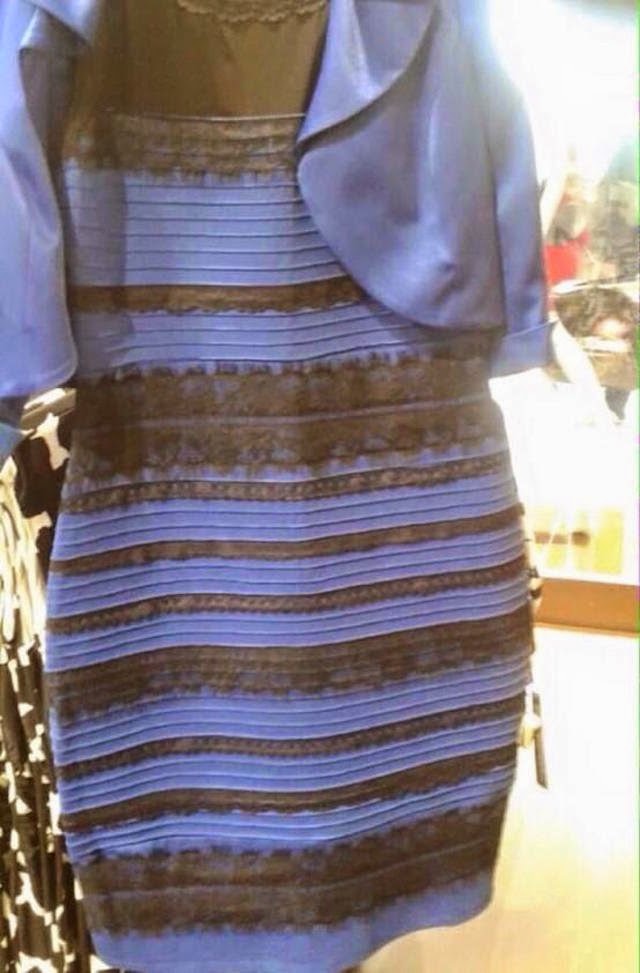 By now I am sure everyone has seen the image of this dress, and has assuredly engaged in a contentious debate with someone about its true color. Is the dress black and blue or white and gold? As I perceive it, the dress is white and gold, but this must surely be an optical illusion as the original version of the dress can be found on Amazon, and it is clearly blue and black.

So, what is the deal here? The exact explanation isn't entirely clear, but it is definitely a result of the way our brains process visual stimuli. The most important thing to recognize about human perception is that we don't passively receive stimuli from the external world. Our eyes aren't camera lenses, and our brain is not a photographic plate (or an SD card to bring our metaphors into the 21st Century). Instead, our brains play an active role in constructing the world that we experience. For a detailed description of what is going on here, I recommend this post from the Yale neuroscientist Dr. Steven Novella.

The basic explanation is that this image is overexposed. This creates an ambiguous color stimuli that our brains seek to resolve in such a way that it can perceive a cohesive, recognizable image. For many of us, this means that our brain resolves the image not as an ambiguous color splotch but as either a white and gold or a blue and black striped dress. According to Dr. Novella, about 70% of people see this as white and gold which is interesting because it means that many of us autocorrect this image 'incorrectly.' The important thing to stress is that even though most of us perceive this image incorrectly, this error is merely an artifact of how our brains process information. That is, our brains are working exactly as they should, but they are still given inaccurate information about the world. This is because our brains did not evolve to represent the world perfectly accurately, but instead evolved to help us survive. This means that we often overcorrect or misperceive what is actually happening. Again, this is not because our brains are defective, but because this is how our brains function normally.

Here is an article from Wired that discusses this illusion as well.