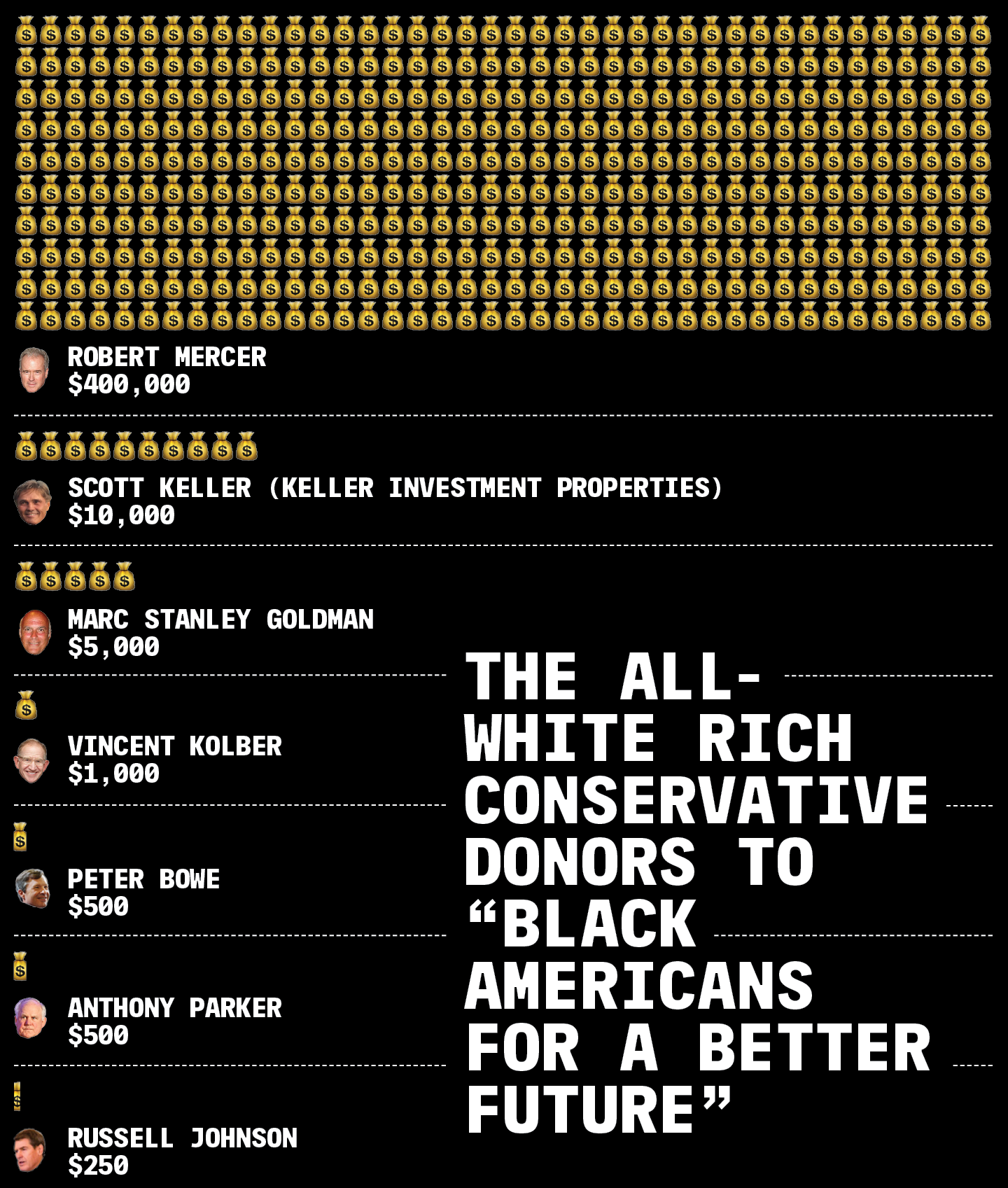 The above image comes from this article on the Intercept, and it illustrates the top donors to a SuperPac calling itself "Black Americans for a Better Future."  This is an excellent example of a Front Group. As the website SourceWatch defines it, "A front group is an organization that purports to represent one agenda while in reality it serves some other party or interest whose sponsorship is hidden or rarely mentioned." In this case, we have a group of wealthy, white, Republican donors who are trying to engage in some political outreach to African-American voters. The problem is that they present themselves as being a group of like-minded black citizens (it's right there in the title). The group does have an African-American spokesman by the name of Raynard Jackson, but he is just that, a spokesman. He is not donating to the group (or if he is,it is less than $250), he is not setting the agenda for the group, he is just being paid by these rich white guys to make it appear that large numbers of concerned black citizens support Republican policies. This is, unfortunately, all too common in American politics, but it is not so often that one sees such an egregious example.