Would you be more likely or less likely to vote for John McCain for president if you knew he had fathered an illegitimate black child? 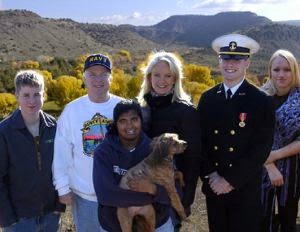 A Loaded Question occurs when someone asks a question that contains a number of unspoken assumptions. The tricky part is that it is very difficult to respond to that question without tacitly accepting the assumptions that are buried in that question. The most famous example is, "When did you stop beating your wife?" One cannot really respond to this question without accidentally admitting that one has a history of spousal abuse. Examples like this can be quite amusing, but we should never forget that people have often exploited these fallacies for their own gain.

Perhaps the most dramatic example of this is an electoral tactic known as Push Polling. The way it works is that in a contested election, one side will employ people to call up likely voters in the guise of conducting an electoral poll. These "pollsters" will then ask a series of Loaded Question in the guise of collecting polling data. These questions will often imply that the candidate being asked about is guilty of some scandal with the hope that the people who are being asked these questions will assume that the scandal must be real, otherwise why would the "pollster" be asking about it?

Push Polls were a favorite electoral dirty trick of George W. Bush, and he employed them several times both when running for Governor of Texas as well as when he ran for President. The most famous and well-documented instance of this was during the 2000 Republican Primary in South Carolina. This primary came early in the season, and up to this point John McCain had been making all the headlines and winning the few primaries and caucuses that had been held up to that point. Recognizing that his campaign was in trouble, George W. Bush (or more accurately his campaign advisors) decided to use a push polling technique, and began calling likely voters in South Carolina under the guise of conducting a poll. These voters were asked a number of questions including, "Would you be more likely or less likely to vote for John McCain for president if you knew he had fathered an illegitimate black child?"

This is a great example of a Loaded Question. The question clearly implies that McCain has fathered an illegitimate black child, but it doesn't actually accuse him of doing that. It merely suggests it. This suggestion is further bolstered by images such as the one at the top of this post, which show the McCain family with, apparently, a black member. The individual is, in fact, McCain's adopted daughter Bridget, and the story of her adoption is actually quite touching, and reflects well on McCain and his family.

However, at the time, these smears, taking the form of loaded questions delivered by push poll were strong enough to derail the McCain campaign (which says something about the values of the primary voters in South Carolina), and he went on to lose the primary to George W. Bush who was subsequently elected president.